It's too dang hot for June

I do believe the month of June is confused -- this month is acting just like the month of July and that's not good. We are entering our second week of 97+ degree heat -- and, as far as I'm concerned, it's too dang early for summer heat.

What happened to the June of cool mornings and afternoon highs in 80's?  Did that June move to another part of the country?   I'm stating right now, that I"m not ready to have the heat to hit me in the face when I step outside anytime after 10am. And, I'm so not ready to water my potted plants every day or watch them die of thirst -- and my water bill reach 'national debt' levels a month early this year.

Al Gore is this what you were talking about when you made that movie that won all sorts of awards ??

If so, come on over and help me drag hoses around to try and save my begonias - Ok?!!  We'll have a great time -- you and me, talking politics, global warming -- while giving my plants a drink of cool water.


And, it would be such a shame to let these pretty plants die.  Now doesn't that sound like fun ?!!
Call me Al and we'll work out a watering schedule. 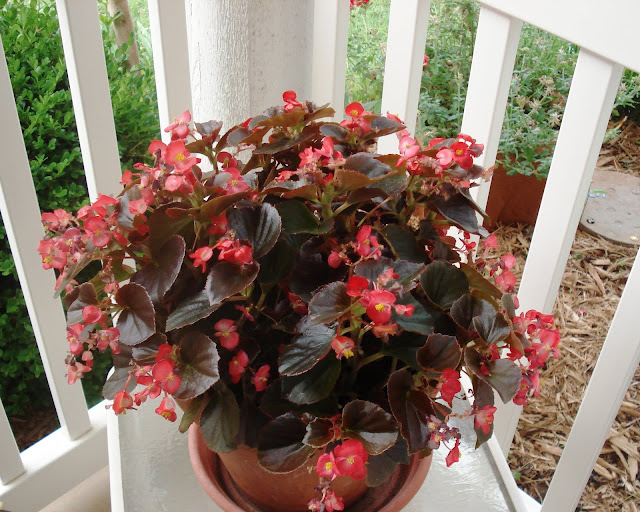